Every move has bonus stats that make your fighter stronger. A good idea is to equip moves together with stats that complement the fighter's signature ability, in order to maximize strengths and minimize weaknesses.

For example: No Egrets Parasoul's signature ability can disable the opponent's blockbusters, specials, and tag ins for up to 4 seconds when you land a critical hit. 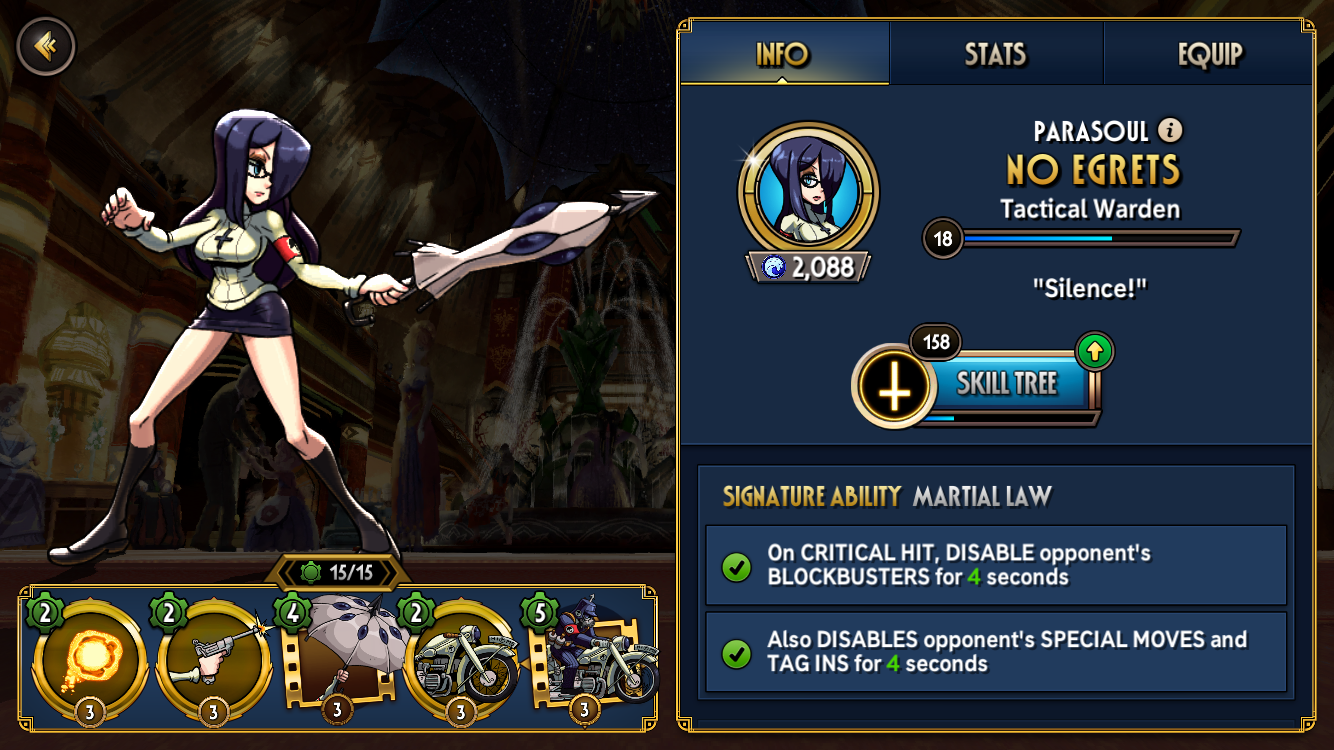 So you should focus on increasing her crit rate stat as much as possible to make sure your opponent stays disabled throughout the fight! 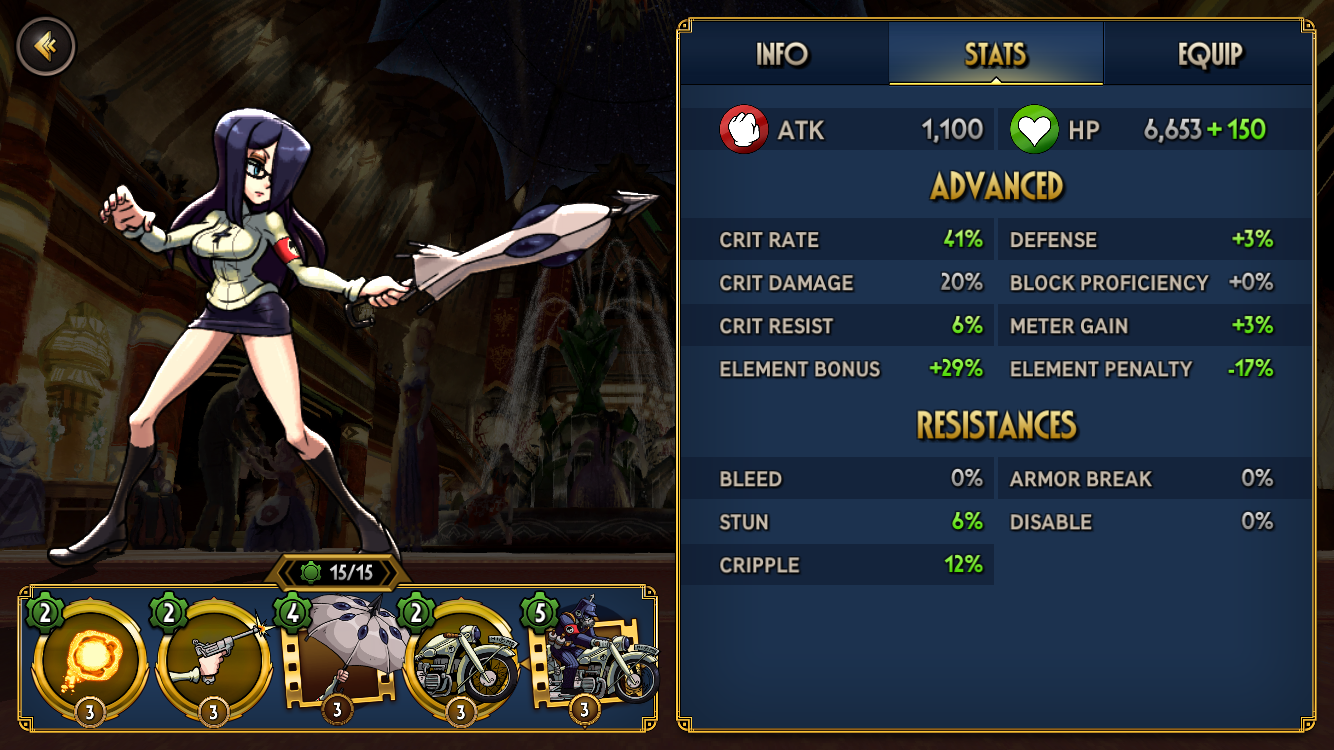 Here are the stats I recommend building for each fighter to increase their effectiveness. (Top priority stats are placed first, I've narrowed it down to 3 stats to keep things simple)

I don't know about some of these reccomandations; resistances seems neligable when you could remove debuffs by TAG IN. I rather just pump up ATK #, ATK %, Crit DMG, and Crit Rate.
Reactions: nrgx

Joanie said:
I don't know about some of these reccomandations; resistances seems neligable when you could remove debuffs by TAG IN. I rather just pump up ATK #, ATK %, Crit DMG, and Crit Rate.
Click to expand...

Tag in removes both buffs and debuffs and you can only use it when you have more than one fighter alive. Resistances and defence becomes very useful when you're in situations where getting hit is inevitable and can't tag out. Like if I have a Armed Forces Cerebella caught in Peacock's Good Fellows, having a high enough armor break resist will often help me survive that devastating blockbuster (which is always a guaranteed KO from full HP when the opponent Peacock has around the same or higher FS than your fighters).
Last edited: May 16, 2017

What About Meter Gain%? Why only Painwheel focus on that?

Diony said:
What About Meter Gain%? Why only Painwheel focus on that?
Click to expand...

Yeah, I'm curious about this too. The *WORST* fights against defensive teams I have are usually against those that seem to have really high meter gain. I notice this particularly with Squigly and Double. On offense, meter gain is good to have on Eliza, since so many of her SA's depend on entering Sekhmet mode. Also, Sekhmet mode in general is pretty powerful.
Reactions: Diony
You must log in or register to reply here.
Share:
Facebook Twitter Reddit Pinterest Tumblr WhatsApp Email Share Link
Top Bottom