I couldn't help myself when I learned that a portrait of Maya existed in the files of Skullgirls and seeing how Annie carries around a rabbit and also has strong connections to celestial bodies (The Moon in Maya's case)
Maya Amano and Mr. Bunbun
Variant Name: Moonchild

I'm thinking of creating one for Crono from Chrono Trigger and maybe Cutie Honey. (I swear if Annie doesn't have more magical girl references)

that was a good idea

I don't know if the suggestions are still open, but I had these already done and wanted to show them ;v;

Un_daunted said:
I couldn't help myself when I learned that a portrait of Maya existed in the files of Skullgirls and seeing how Annie carries around a rabbit and also has strong connections to celestial bodies
Click to expand...

I know many ppl made Peko buuuuuut evfyoawuebgfuoawbrgoublhrg need her 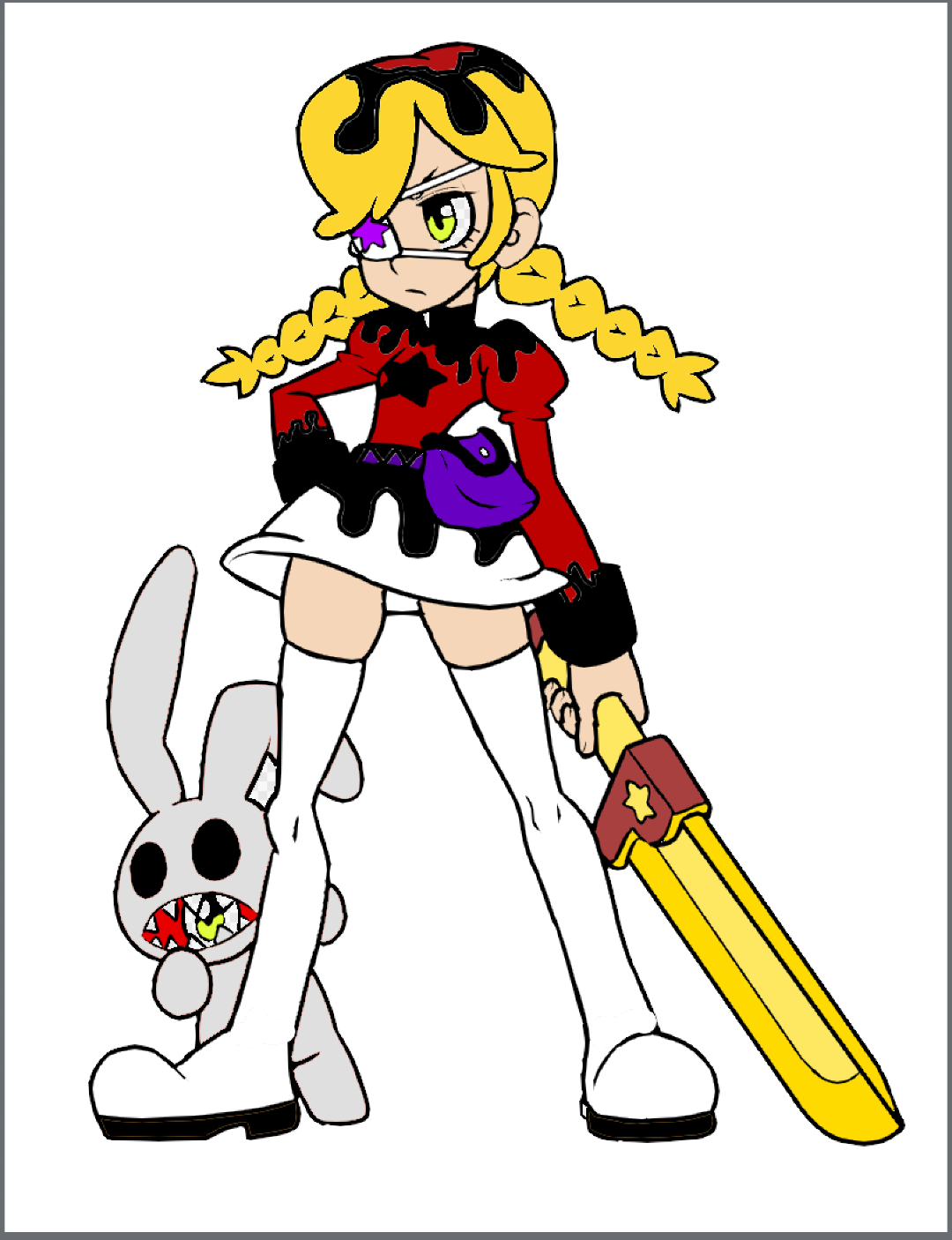 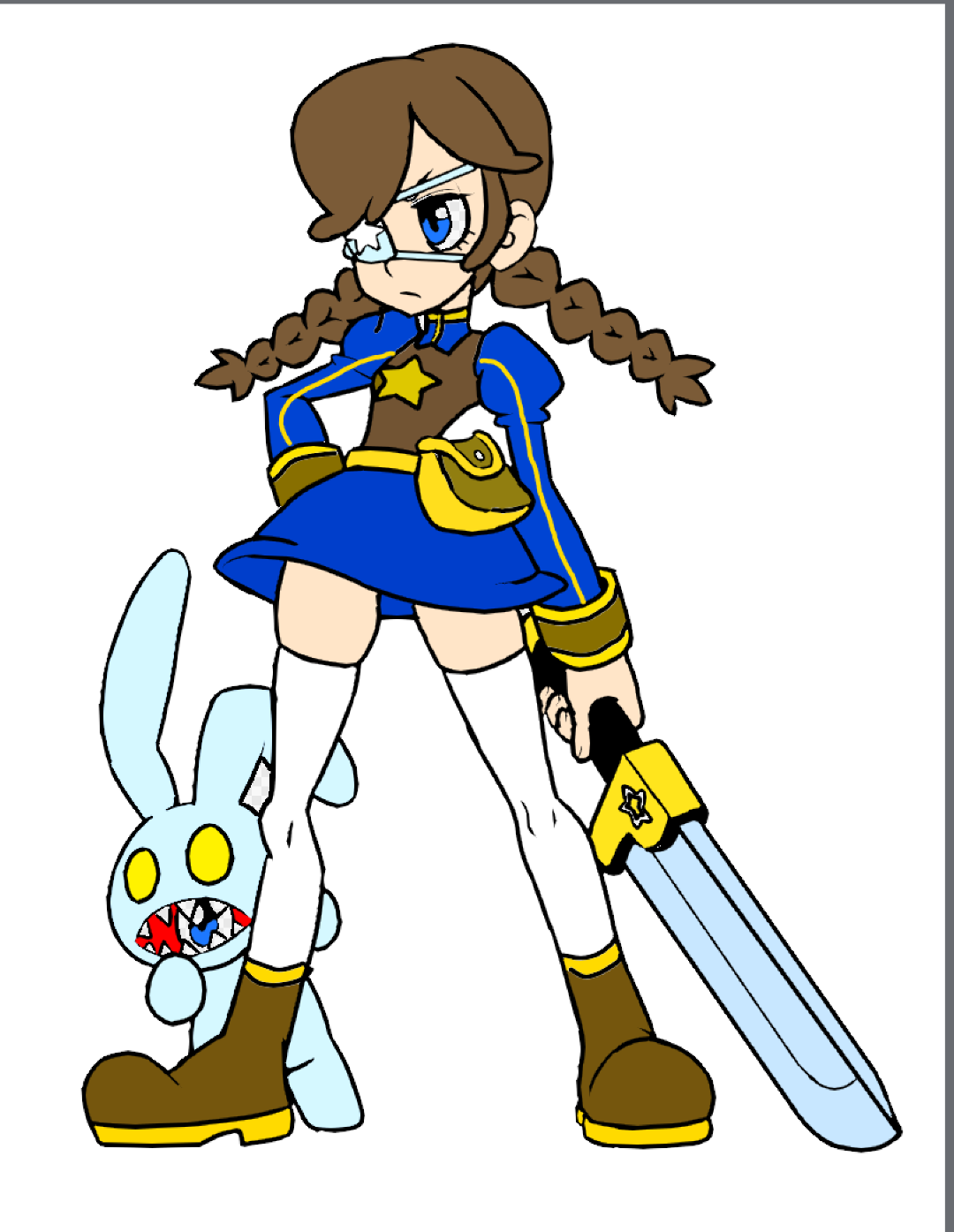 Annie refers to the character from the video game Prince of Persia: The Sands of Time
Reactions: Sapphiren and BallotBoxer

Hey, I saw a lot of amazing ideas for Annie's palletes! And I have some ideas, too!
Bloom and Kiko (Winx Club - Believix transformation)
Anna and Olaf (Frozen, since we have Squigly as Elsa)
Ms. Fortune and Minette (really don't sure about this)
Instagram and Whatsapp/Facebook (apps, idk realy what to write else)
Sun and Moon (like real space objects)
Pride and Straight Ally flags
Okay, that's all, folks!
Last edited: Oct 21, 2020

I'm shocked that Rosalina and Luma wasn't chosen as a pallet option. It seemed like such an obvious choice but maybe that's just me, or maybe it's a potential copyright issue. (But then again, Link seems like a bigger copyright problem and that palette flew). Anyone else feel the same way? What palette do you think should have been chosen but wasn't? (Maybe they'll put it into 2E)
Reactions: stale cheeto

I'm most likely late to this thread, but I really wanted to do this too (and get a contribution in-game as well), so I did some! 2nd Encore has more potential slots, though, so these will probably go there instead (unless SGM pulls out more slots)! Anyways, here they are!

3. Jean Pierre Polnareff and Silver Chariot Requiem Sagan (JoJo's Bizarre Adventure: Part 5 - Golden Wind)
[This was inspired by a comment in an Annie color palette thread in r/Skullgirls, forgot who exactly, but your idea is now eternalized! I'd also wanna thank them for inspiring me to do the Jolyne Annie above!]

6. Hiyori Asahina and Sagan as Hibiya's Hiyori doll w/ her sword being in the colors of "Kagerou Daze" (Kagerou Project)

7. Soji Mitsuka [Female] and the Male Counterpart as Sagan (Gonna Be the Twin-Tail!!)

EDIT: I did more!

I did 5 more, meaning more ideas! (To be honest, I just no-brained about most of these, hope these are palette-worthy, though!)

2. Shiki Misaki and Mr. Mew Sagan (The World Ends With You)

Final set I'll be doing for custom colors! I went beyond the stars for these ones!

6. Colors based off of the girl and bunny plush in "Anoyo-iki no Bus ni Notte Saraba" MV (TUYU) [TW: Suicide and depression mentions in MV] [but the aesthetic colors are really good]

EDIT: I lied I did more to max it to 10 on this post. Anyways, let's hype up for her arrival in 2nd Encore!

how about cloud? colours a bit off but its still good

I lied, one more, I'm having too much fun with this

it's been a while since I did any palettes. I used Annie's actual sprite for this one. Madotsuki Annie with Eye Palm Sagan (Yume Nikki)
Reactions: Codlugarthia, Hall☆weenQueen and stale cheeto
P

annie as the cosmic dancer from rhythm heaven!