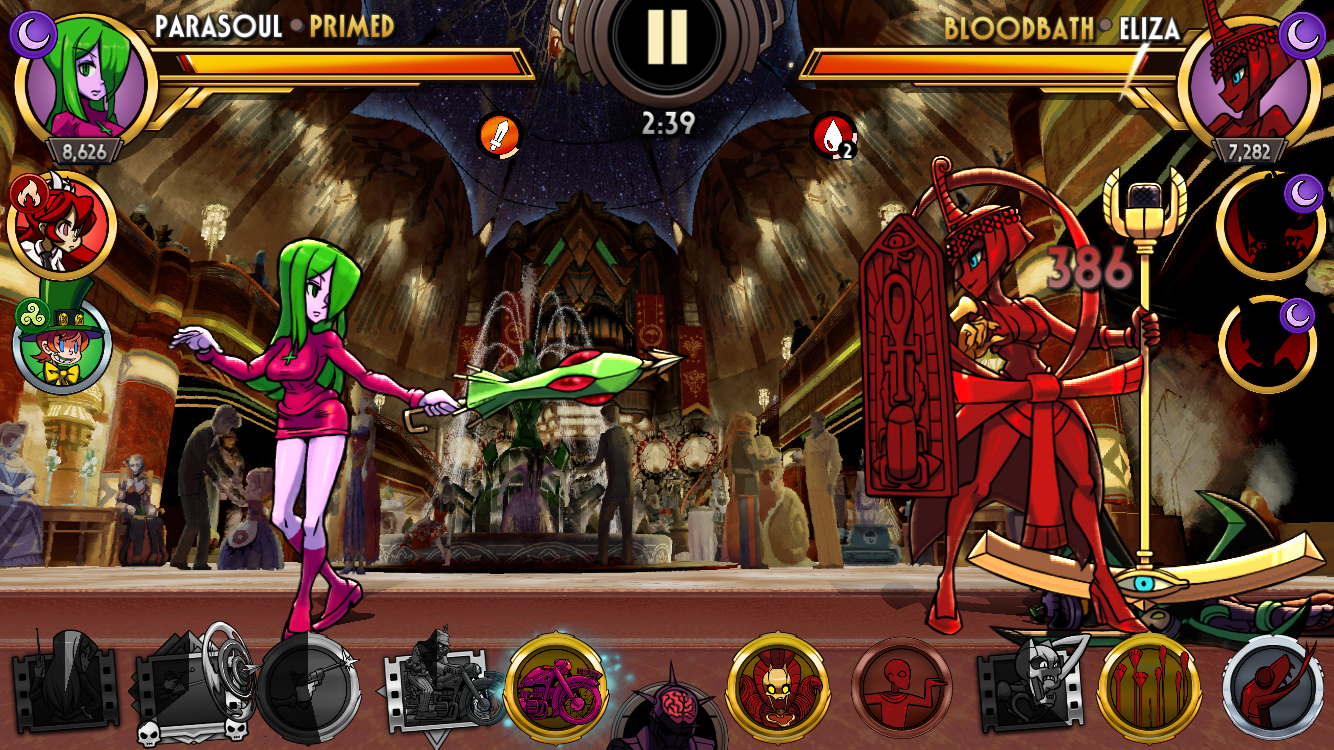 Even though this version of Eliza is unobtainable as of now, Bloodbath Eliza's signature ability Sanguine Solo has some issues from what I've seen on enemies.

This is the official in-game description (when her signature abilities are maxed): if either Fighter uses a BLOCKBUSTER, both fighters are afflicted with BLEED for 6 seconds. 100% chance to convert all BLEED effects on self into REGEN.

The first bug is when multiple blockbusters are used within the 6 second time frame: my fighter will have 2 stacks of bleed while Bloodbath will have only 1 stack of regen. She doesn't gain an additional stack of regen and instead the first regen countdown is reset. I think this is inconsistent and not intended behaviour because she should either get 2 stacks of regen like how I got 2x bleed, or I should only get 1 stack of bleed like her 1 regen and have the duration reset.

The second one is about her ability to fully convert all bleed effects into regen. She doesn't actually convert all bleed into regen, so far the ones I've seen are Parasoul's Napalm Shot and Primed Parasoul's bleed effects after detonating tears (as you can see in the screenshot above). Also she doesn't convert Heavy Bleed into Heavy Regen which is weird because that's also a bleed effect. And she can't convert permanent bleed into permanent regen, despite permanent bleed being able to be resisted at the start of the match.