Ok, so this one is a bit stupid, and at first I hesited to put it in an already existing topic concerning the FS, but since it's not about during the Fight well, I decided to make this thread. Anyway, without further ado:

We all know that the importance of the FS in the game make everyone use the same characters, such as Big Band, Cerebella, Cerebella, or Cerebella. And this, combined with the fact that some characters charged attack is completely game breaking once you got the "pierce through the guard" bonus, like Painwheel, or Cerebella, make a certain character being the one that you see everywhere, even in your own team because you got it and it's completely broken, like, for example, Harlequin Cerebella. 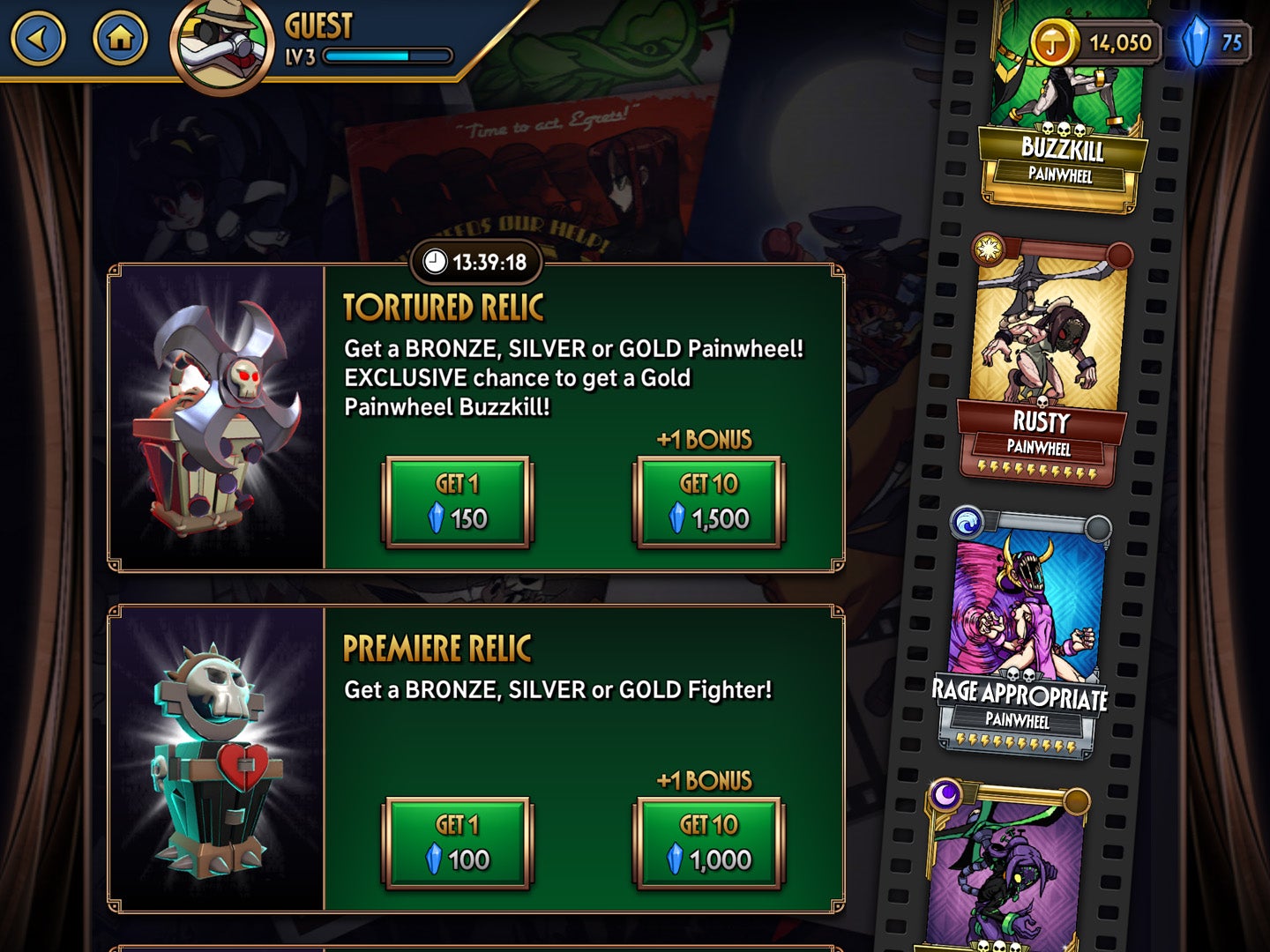 Which leads me to the big question; since in the end, you will end up with one specific character as your avatar, could it be possible to let people change it ? Like, for example, letting them chose amongst all the character they have ?
(Sorry for being that picky, but I'm getting really tired of seeing Cerebella everywhere.)
Reactions: Yosh and PHPP

I wished we could switch our avatar too but it seems to be a quite simple thing to do, at least from my no experience in game making point of view, so I hope they add this nice QOL change soon. Can't wait to switch out Harlequin's face for Cold Stones' or Parasite Weave's!