Tsukiakari said:
For someone like me who only play 5 rift battles to keep rank and can slowly climb higher, this system totally destroy that. I'm sure many people will see the problems in that.
Click to expand...

I share your concern because I was also only playing the minimum 5 up til end of rift 1.0. Wasn't one of the motivations for the rift rework to make it less of a stressful experience? Yes, by taking away the realtime head-to-head nature and the 2hr limit the per-battle experience is a littler easier, but on a weekly basis I don't see much hope of us keeping rank if we only play the minimum threshold (that is, unless you're an elite player or have extremely good luck with defense-building or matchmaking). IMO this puts the stress right back into the system for non-elite players.

That said, I understand rift is there to incentivize us to become more skilled and there probably isn't much of a place for more casual players in this game mode, but I wish there were. I also understand it's very difficult to find a middle-of-the-road solution.

Would it be possible to add a feature whereby we could see our realtime ranking in rift, e.g. if we're ranked 127 and there're 4000 rifters we'll see 127/4000) ? If we know where we currently sit we'll be able to better plan how much more effort to commit for the rest of the week. Obviously this is another stressor and may inflate the rank cutoff scores, so not sure it it's a good idea.
Last edited: Jun 30, 2020

Whispy said:
Secondly, I’m not really a fan of the new Rift Battles. I know this is a seriously unpopular opinion, but I liked the old version. The only big problem it had to me was matchmaking. The old one was intense, provided a unique twist on the usual gameplay, and I liked the head to head nature it made you feel. The new one just seems to be more or less Prize Fights 2.0 instead of being an improvement upon Rift Battles as a whole.
Click to expand...

Finally someone with the same opinion as me

That’s exactly what they mean’t. A silver catalyst that’s character specific. I got a little confused there too xD
Reactions: Sairus
J

PARASOUL - Critical Mass
Why do all others characters keep getting buffed when she always gets nerfed? She's already one of the weakest characters in the game in general yet you nerf nerf and nerf when already op characters get buff buff and buffer. Get your logic straighten out because if anything Parasoul needs to be buffed much more than all the other characters yet you decide she needs to be weakened. 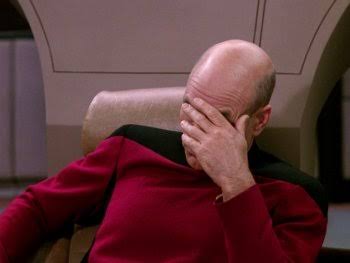 i am having trouble at upgrading catalyst. it is getting lagged when i try to update it and it happen with me since 4.3 update
Reactions: Diony
R

Sairus said:
IMPORTANT: Before playing Rift Battles 2.0 you will need to complete a tutorial. There is a known bug that if the game is closed during the Rift 2.0 Tutorial the game may become unresponsive. If this happens, you need to uninstall Skullgirls, then reinstall it and complete the Rift 2.0 Tutorial correctly.
Click to expand...

Not only that,
If you exit the rift tutorial before completing it and return to the main menu, then enter the rift battle UI again, the main buttons pertaining to the rift menu become unresponsive （except the CLAIM! button )
R

moomouse said:
Please tell me I didn't actually read that Fukua's relics are an extra 100 theonite.
Please tell me this is a joke.
You have already made the limited relics from which we can receive Fukua more expensive.
And now that her actual character relics are going to finally be introduced, you're going to increase the price on those, too?
Really disappointing, guys.
Click to expand...

Really don't like the new "rift battles" - it lost the spirit of competition. You no longer compete with another player, but simply complete missions, like in daily missions or a quick game. Just another PvE mode. I also didn't like the reduction of the map and the lack of a time limit. Even on the old map, I didn't have enough space to use all my characters, all the combinations I can think of, and now it's even worse.
Reactions: Diony

Another question concerning the catalog. It only shows the fighters I have, not the cumulative fighters I have ever had. Also, if I evolved a fighter it does not consider it to be in my collection. Are these intentional?
T

Hall☆weenQueen said:
Another question concerning the catalog. It only shows the fighters I have, not the cumulative fighters I have ever had. Also, if I evolved a fighter it does not consider it to be in my collection. Are these intentional?
Click to expand...

yep. they said if you dont have a fightet right now, then it wont show.

it will record your changes from now on tho.

The catalog isn't even showing the fighters that are currently in my collection, it only shows the ones I've obtained since the 4.3 update released.
Reactions: Diony, BallotBoxer and Hall☆weenQueen

Another new update and TONS of brand new goodies. You guys (the entire Skullgirls team) never fail to amaze us every time. Can't wait to update the game and try out all these new features. Thank you for all your hard work and passion that you put in the game
Reactions: BallotBoxer, rexturtle1120 and tiffany butterfly

JigiMoNd said:
Really don't like the new "rift battles" - it lost the spirit of competition. You no longer compete with another player, but simply complete missions, like in daily missions or a quick game. Just another PvE mode. I also didn't like the reduction of the map and the lack of a time limit. Even on the old map, I didn't have enough space to use all my characters, all the combinations I can think of, and now it's even worse.
Click to expand...

Exactly, man. I don't know why people like this New Rift

It has only been a couple days, but I like the New Rift. Has a nice arcade-like quickness. All my complaints solved.

I might be biased though. For the 80 weeks (10 Dec 2018 - 28 June 2020) of Rift v1, I played for 70 weeks straight, slowly sinking from Gold 1 to Rookie. It was fun and challenging, but once you get to Rookie, it is like purgatory because you could never leave. Just a chain of win/loss/win/loss amounting to no progression for weak Rookie rewards.
Reactions: rexturtle1120 and Lililira
J

Do the points I collect during an rift battle now make sense? I only lose if I lose two fights, right? And now it doesn't matter if I collected 2K or 500 points. Some children's version of the mode. If you really want a lighter version - make two levels of difficulty of the rift - easy and difficult. Bring back the old rift.
Reactions: Diony

The best update of all.
Graphic optimization and display of light multi-effects as well as the background stages and the FPS were correctly adjusted.
Many are upset by the new Rift Battles organization chart ... but let's be honest.
It was unfair and only benefited those who were already too high to lose their rank.
Making it impossible.
And also was not spared from "hackers" or cheats.
The quest reward attachment was a nice incentive and I still have 30% left to complete.
So in conclusion they have the perfect balance for those who have been from v.0 as for the new ones who are just starting out in this world of fighting games.
And I personally thank the Hidden Variable and Lab-Zero team for their efforts to improve this that we are passionate about.
The videogames.
Reactions: Art3mes, Lililira, BallotBoxer and 1 other person

After having a few days to test it out, I definitely enjoy the quickness of new rift battles, and even though the map is smaller the higher number of catalyst slots allows for more thoughtful base building.

I definitely hear the complaints for lower-level players getting beat up by people who were previously Gold/Diamond ranks. I was worried this was gonna happen, since everyone starts out at the same score each week.

Maybe one way to work around this is to lower the min score needed to rank? Right now it's at 1000, the starting amount, and if you fall below that you get Rookie. That seems a little off to me, since if everyone is trading points starting at that bare-minimum, for every player that goes above 1000 there's a player that goes below 1000. It's 50 / 50 for Rookie and not-Rookie, which seems odd to me. Maybe if the Rookie cutoff was lowered to 900 or 850 or something the system might be friendlier to newbies who are inevitably gonna fall below 1000 due to their base being offered to Gold and Diamond ranked players at the start of the week?

EDIT: It could also help expand the number of players who rank each season and help separate the ranks a bit if they end up too close together. We won't know if that's a problem until we have a few weeks of new Rift though.
Last edited: Jul 3, 2020
Reactions: Robokit, rexturtle1120 and Diony
R

JigiMoNd said:
Do the points I collect during an rift battle now make sense? I only lose if I lose two fights, right? And now it doesn't matter if I collected 2K or 500 points. Some children's version of the mode. If you really want a lighter version - make two levels of difficulty of the rift - easy and difficult. Bring back the old rift.
Click to expand...

Your battle score still matters. If an opponent takes revenge against you and clears your base, you'll lose rift rating if their revenge victory battle score is higher than the score you achieved against their base.
Reactions: Sairus

Played a little bit of Rift 2.0. Feels a lot less pressured, which is nice. But that may be because i haven't hit my skill bracket yet.
Reactions: rexturtle1120

So far the update is great. My only gripe is that the streak resets after 12 hours. And so I have to actually schedule my rift battles and finish one before going to sleep. It's especially nerve wrecking after a nice deep sleep and I wake up and I do my morning activities and I think: Oh god how long do I have before I need to do another rift battle before my streak ends. and it shows 45 minutes left.
Reactions: Eray, Robokit and Hall☆weenQueen
You must log in or register to reply here.
Share:
Facebook Twitter Reddit Pinterest Tumblr WhatsApp Email Share Link
Top Bottom