Details:
I've enjoyed dozens of matches in the fun new Prize Fight High Tide... until one match where the Permafrost reacted strangely with Robocopy Big Band and made him an invulnerable iron golem with permanent level 5 armor.

My team took turns pummeling him with heavy double-digit combos. Usually a Water character would lose a shell of armor with a single hit, but Robocopy kept his 5 and slowly killed everyone with his blockbusters.


ENEMY
• PERMAFROST - [Water Element Fighters]: Gain 1 stack of ARMOR every 2 seconds, but each HIT suffered will remove a stack. When benefitting from ARMOR, hits DISABLE opponent SPECIAL MOVES and BLOCKBUSTERS for 5 seconds.
I even took a punch to take a screenshot: 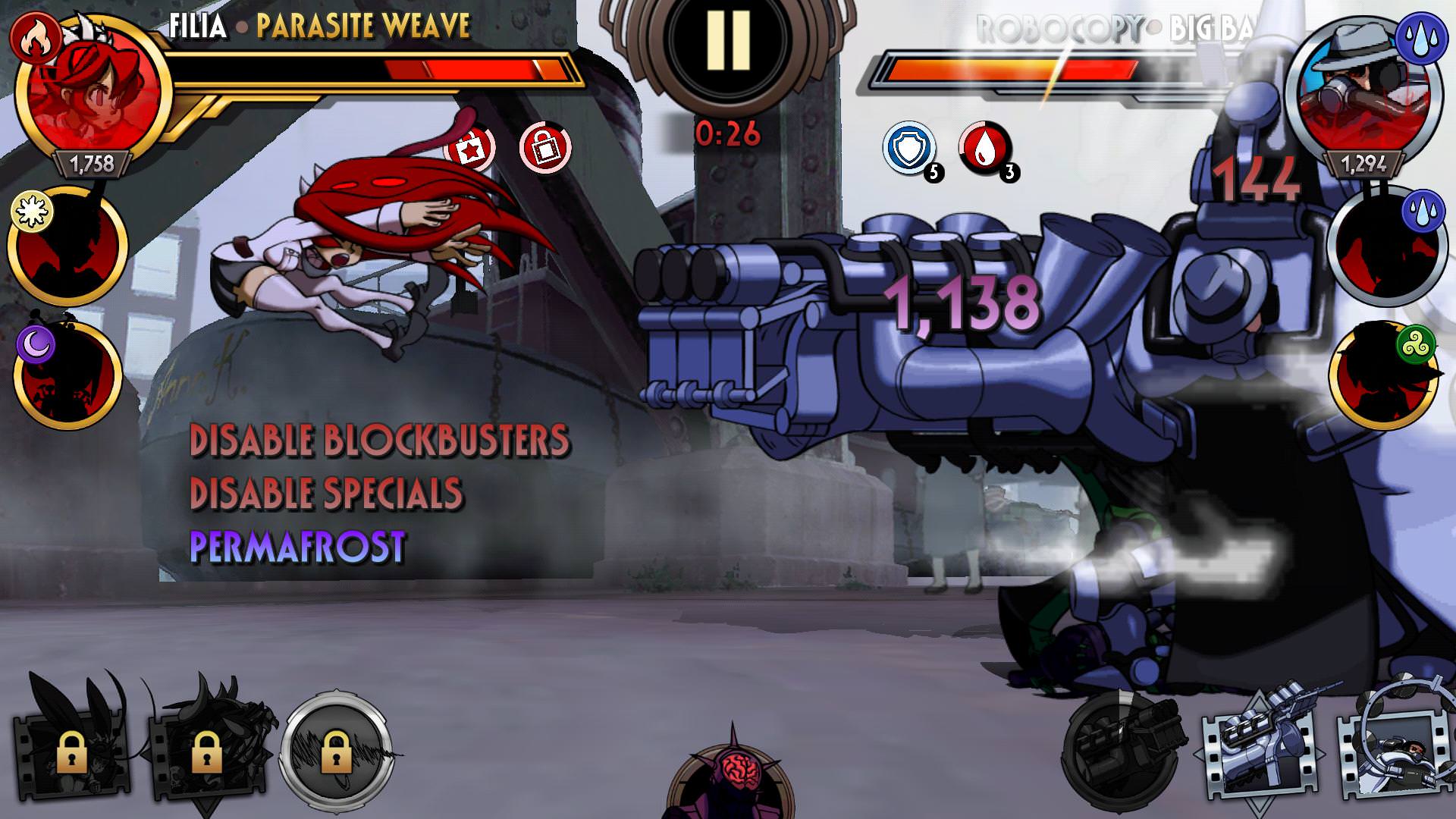 If I run into another unwinnable match with an immortal Water character I'll detail it here.

It seems that whenever one of these semi-permanent armor buffs comes together with a temporary armor buff they merge into a sort of actual permanent buff. The timer won't go down and the "remove on hit" doesn't work.
Reactions: BallotBoxer and FateFTM

I sought out six other Robocopys (Robocopies?), and let them get 5 layers of armor, but none repeated the bug. They all lost a stack upon a hit like they should have. Was it something special about that 1,294 Robocopy?