Lililira said:
Oof, looking at this post made me realize that adding Attacker Diversity without also adding Catalyst Diversity would be a huge mistake. I know it wasn't the point of your post, but I kinda had a realization when looking at the screenshots and thinking about how the last few rifts I have fought have been.

Setting aside the part about duplicate supports (like SG and Sketchy); The two fighters shown in the screenshots here, Silent Kill and Summer Salt, are both buff removers, and very good ones too. In most rift matches, I end up using my buff removers to counter buff catalysts like Darknut or Frost Armor, since it's pretty much guaranteed to see one or both of them in every match. Whenever I have to reuse a buff-remover, 9 times out of 10 it's to counter a dupe catalyst.

If there was an Attacker Diversity requirement but not a Catalyst Diversity one, people could make Rifts that were impossible to full score simply by spamming Frost Armor on every node because there simply aren't enough easily-obtainable buff-removers for people to use a different one on every node. This would be neither fun nor interesting, and would make dupe Catalyst spam a much bigger issue than it is now.

On the other hand, adding in Catalyst Diversity without also adding Attacker Diversity would lead to a lot of folks having weaker bases then they do currently, which might lead to other issues regarding the 'optimization' of scores by spamming dupe supports, rather than having to figure out specific counter strategies or thinking up multiple ways to defeat the same defense node. (Tbh, I haven't had to face much dupe fighter spam in rift yet, so I'm having a hard time thinking of specific examples, but I don't think this would be as big of an issue as the first one.)

Basically, one without the other would make the dupe spam an even bigger problem than it is now, so Attacker and Catalyst Diversity bonuses need to be added in at the same time, since they balance each other out in a way. One incentivizes varied offensive strategies while the other incentivizes varied defensive strategies. They would lead to a more fun and varied experience overall, but only if they're added together.
Click to expand...

Yup.
Not against catalyst diversity.

Reason for not going into it here is as stated :

In a stall modifier, catalyst diversity is definitely needed.
Not sure for dynamic modifiers though. Have to test it firsthand before saying anything conclusive. Surgeon and couple other variants can be abused on most stall and dynamic modifiers.
Reactions: ZeoW, Disasterrr19, Dusty00 and 1 other person

Stone said:
Move locking will be, like others already said, plainly annoying. I'm assuming you are suggesting this so that battles will be more diverse(?)

However, just like how some players have multiple fully upgraded fighters of the same variant, high players will just get a "dupe" moveset with simular stats while lower players suffer from the locked movesets. And what about a fighter you use both defensively as offensively (D4 and lower)?

I personally don't see anything wrong with being able to prepare a fighter in a couple of days. Why should I not be able to use my newly acquired variant as soon as possible?
Click to expand...

I don’t know any top20 players with multiple sets of lv15 moves. No one has that kind of resources. At best a handful of people have 1 set of lv15 moves and a secondary set for offense at lv9 or 12, and they are hit and miss. Move lock itself almost solves attacker diversity on its own.

I can see how people might find it frustrating to be stuck with certain moves, but that’s why carefully planning will be important! Anyway, just an idea for the devs to play with. It all depends on how they execute it but clearly so far it’s not a popular idea here.

As for being able to raise characters in a few days now, it’s really just a slap in the face for OG players like me who had to grind months to achieve the same. Though I personally enjoy seeing more people in top200 and able to compete with older players. My Hope is that devs won’t introduce yet another higher tier of fighters that requires the old grind..
Reactions: Stone and ZeoW

Sorry for barging in the discussion of top players, but just my two cents on the topic of duplicate attackers. Just how it looks from the average player's side, talking G2-G4 here.

While @buggy., @Dusty00 and others stated many times here and in other threads that using multiple Xenos, SGs or SKs takes the diversity from the gameplay, I can still understand @Blimeylimey's point of view. If you really invested your time and resources in raising a second SK, Summer Salt or SG, it would be kinda unfair to restrain you from using them.

I feel that the trouble with spamming Sketchy, SG or other support Fighters lies in the fact that you do not actually have to invest a lot in Sketchy or SG to make them work. No need for XP grind, skill upgrades, MA unlock... I am not bothered when someone brings two or three Diamonded fighters of the same type, but I am annoyed to see 5 barely developed SGs in one Rift.

In almost two years of playing, I pulled only two SGs, the second one just a month ago. The second one is still at lvl 1 with only her SA tree upgraded - and using her made a lot of Rifts way easier. Now imagine the situation: a player who had some good luck and pulled 4-5 SGs vs player who only has one (or even no SGs, @Sairus can confirm that even long-time players can face bad luck). In this case the former would have an immense advantage without too much investment, since Regen and Immunity can provide some valuable extra points in the end. I don't know if the situation is different in D1-D3, but most three-slot nodes in G2-G4 can be defeated with 1-2 attackers, allowing the repeated use of supports. I usually use my Dia SG as a support when I fight Boss Nodes, but I don't remember the last time I actually allowed her to enter the battlefiled...

I am not sure if I can suggest a good way to resolve this issue, guess let's see what is happening to the Rifts in the future updates...
Last edited: Apr 13, 2020
Reactions: Scorialimit, Display Nameeeeeeeee, buggy. and 6 others
R

Disasterrr19 said:
I am not sure if I can suggest a good way to resolve this issue, guess let's see what is happening to the Rifts in the future updates...
Click to expand...

As has been suggested before, it's probably not advisable to out right ban the use of duplicate attackers. Rather, simply imposing a penalty on such a practice will go a long way. It's OK if someone is willing and able to invest in multiple copies of the same variant either for attack or defense. In fact, for this results-oriented game mode, some players deploy copies of strong defensive variants because on balance, the edge thus gained outweighs the defender diversity penalty incurred. It's better to allow some wriggle room for calculated cost in map design and attack strategy. On the other hand, if there's a penalty on dupe defenders, it's only fair to balance it out with a penalty on duplication in the attacking roster.

Besides, since, as you rightly pointed out, access to some elements of the meta is so heavily dependent on RNG, there needs to be a trade-off between luck and player skill/tactical ingenuity/sophistication. Powerful catalysts can be just as elusive as powerful characters for folks with bad luck, so in that sense, penalty should be applied to dupe catalysts too.

Dampened utility of luck is justified in a competitive game mode of a non-P2W game. Also suggested before, the current situation is aggravated by the fact that rift rewards are much skewed in top players' favor, giving them increased odds of obtaining even more copies of powerful variants. So tweaking in the rewards distribution department is also needed.
Last edited: Apr 13, 2020
Reactions: Display Nameeeeeeeee, Disasterrr19, Lililira and 2 others

For what it's worth, I'm all for giving players freedom of choice, but encouraging variety through bonuses or rewards (such as catalyst and attacker diversity). Disallowing things entirely would take away from the experience and be plain frustrating to players with smaller collections, as others have said.

To be honest, I doubt this discussion will be of much relevance in the end though. If the devs are already considering implementing simpler winning conditions, they are probably thinking of catering to casual players, not competitive players like us, and I can't say I blame them. If that's the case, I'd prefer for them to make the game less grindy instead, which should help casual players catch up, although that's probably easier said than done at this point.
Reactions: Lililira, Robokit, Dusty00 and 1 other person
H

I used a translator because I can't speak English. Please understand. 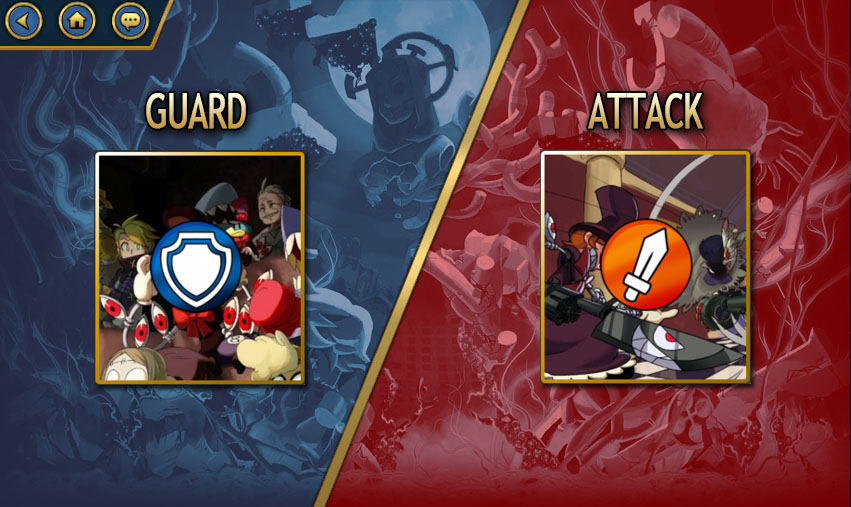 In other words, the offensive league recommends an absolute evaluation. 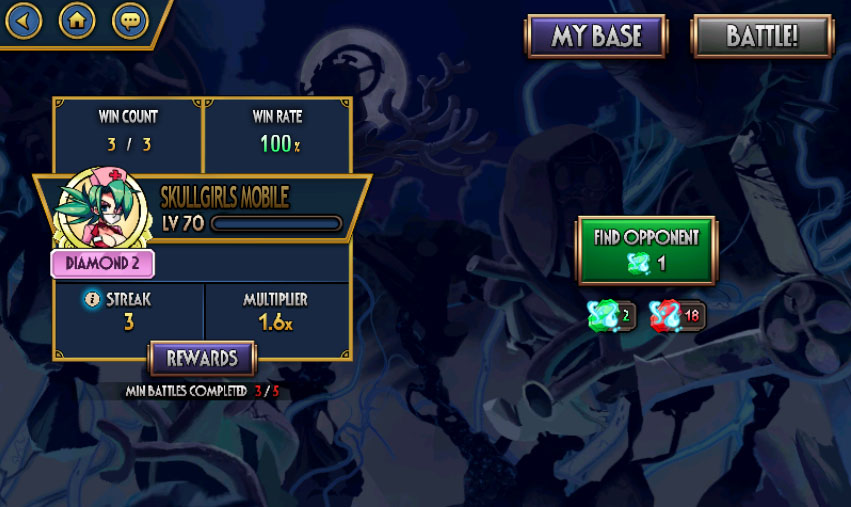 2. The offense league is determined by the winning percentage based on the number of plays.
(It is recommended that the higher the grade, the higher the minimum required multiplier rate.)
To avoid forcing too much game play like a prizefight
If this happens, you can play multiple games to maintain your winning rate.
Or we can play a lot of games for fun.
You can finish the game early by gaining a winning percentage quickly.
Therefore, autonomous game play is possible.

Also, do not use the ranking system and use the promotion system.
It is recommended that if a certain winning percentage is maintained by playing a certain number of times, the system will be upgraded to the next grade in the next season.

Calculated by the grade average, the grade is maintained if you don't meet the opponent.
(That's why random matching is recommended.)
(If you do as you see in the preview, you can also give a small score when you don't choose.)

It uses the same rating system as the offensive league, but in this case, users must compete with other users of the same class as the current season. 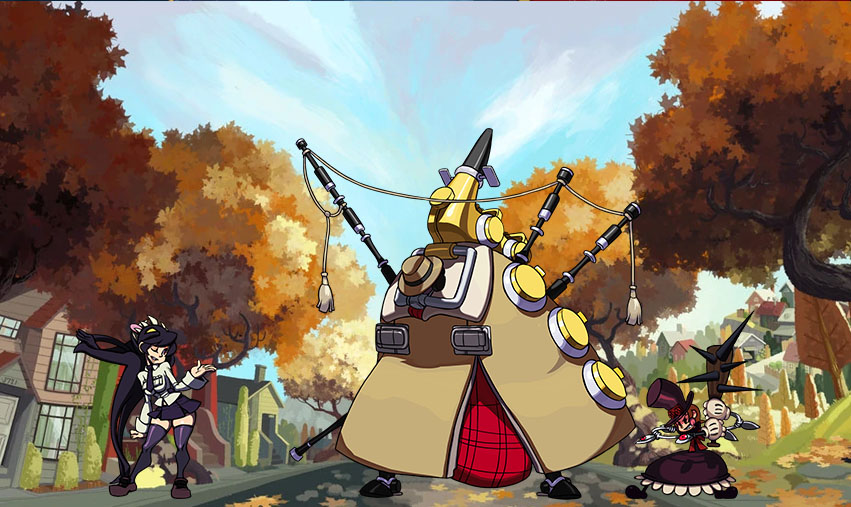 +++++
And personally, if developers can afford it, I hope they develop defensive nodes similar to housing.
It's to give users a feeling of home.
Users are also asked to choose a background for their nodes.
When a user enters a node, all characters placed on that node take any action.