Fighter Variant | IQ Blossoms
SA Name | Bloody Knowledge
SA.1 | Using a BLOCKBUSTER while suffering from DEBUFFS has a 25/50/75% chance of TRANSFERRING them onto the opponent, also gain 1 stack of ENRAGE per TRANSFERRED DEBUFF
SA.2 | Hits with 5 stacks ENRAGE will have 50/60/70% chance to inflict CRIPPLE for 5/7/10 seconds

Fighter Variant | Playful POP
SA Name | Bubbling Buffs
SA.1 | While at an ELEMENTAL ADVANTAGE, 15/20/25% chance to TRANSFER 1 of the opponents BUFFS onto yourself while using a BLOCKBUSTER
SA.2 | on HIT, 20/40/60% chance to gain 1 stack of BARRIER/BLESSING/HASTE for 5/10/15 seconds
Reactions: moomouse, BallotBoxer, MiragenHL and 3 others
M

Fighter variant | Fist of shadow
SA: Perfect execution
1- When using a Blockbuster gain 3 stacks of enrage and instantly teleport towards the opponent, enrage is removed if the Blockbuster hits. Cooldown for this skill 10 segs
2-opponents that are under 15%/20%/25% Will be dealt an aditional damage equal to 25% of their missing health When using a Tier 3 Blockbuster

Fighter variant | Brave hero
SA: Luna power
1- Blockbusters and special moves have a 15%/30%/50% chance of stunning the opponents for 2/2.5/3 Segs.
2- When hitting an opponent in mid air while stunned deal an aditional equal to 10% of their current health when they land. If this is triggered by a Blockbuster or a special move damage is increased by an aditional 2%

Couldnt think of something for painwheel X,D
Last edited: May 10, 2021
Reactions: Peacock229, Holy Goose and MiragenHL

I've made a ton of colors, but i went out of my way to make some complete originals
ok, noire Band is far from "original" but shh 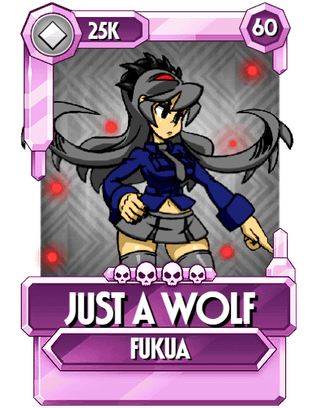 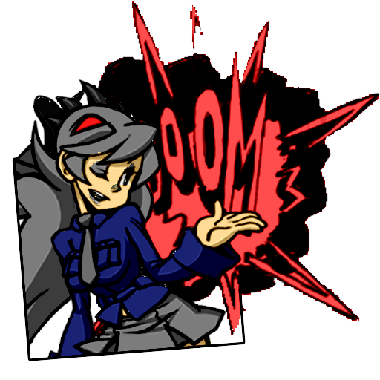 so I had made 2 fukua cards. perfect hair day has the opposite colour to bad hair day. and just a wolf is just legoshi from beastars. here there blockbusters. I can't show anymore so I just show perfect hair days blockbuster in a new post
Reactions: Holy Goose and Codlugarthia

I made this Eliza, as a reference to Mohammad Avdol from JoJo's Bizarre Adventure Part 3

Based on Nero from Devil May Cry 5
Reactions: Holy Goose and Codlugarthia

wow. That is awesome. How did you do that?
F

Hi. I made some custom card from the anime call My Hero Academia and I like it.

Be sure to make guesses, and of you like I want to know what kind of special abilities for the characters
Reactions: moomouse, Holy Goose and rexturtle1120

Heres some Custom SGM Fighter Cards, these are references to the Flower Scouts in Camp Camp​

Ploppersmackle said:
cranked out a bunch of ace attorney cards, thanks sgm palette maker
tried to make the names relevant and catchy, but I gave up near the end
no idea if anyone has done this already
(haven't played past the fourth game yet, working on it)

View attachment 12810
Phoenix Wright
(off his latest design, since the trilogy version is inferior, fight me)

View attachment 12812
Franziska von Karma
(I know she has a tan whip in her current design, but I'm a sucker for the trilogy orange whip)

View attachment 12814
Maya Fey
(was debating between filia and squigly for maya, but duh, squigly is dead and maya is a spirit medium)

View attachment 12817
Miles Edgeworth
(too good to pass up, plus they got the bangs to match)

View attachment 12818
Athena Cykes
(I know she's in the later games, but I put her in anyway)

I have a painwheel godot and a cerebella klavier, but 10 is the limit, making another post
Click to expand...

Big Band would have been a better Phoenix Wright

Sophia and her Persona from Persona 5 Strikers

JoelYoshi said:
Big Band would have been a better Phoenix Wright
Click to expand...

I think there's merit to that idea. Originally, I wanted to make gumshoe big band because they're both detectives that have worked or still work with the police, plus they both have an array of tech that they use to fight crime (e.g. gumshoe's inventions and big band's modified instrument body). If we were to revise this and make big band phoenix wright, I can see your reasoning behind it. They're both people who fight for justice in their own ways and have risen from unfortunate circumstances (phoenix from the drama in his cases and big band becoming disabled due to his police partners turning on him). Also, big band is more central to the plot of skullgirls, making it fitting he would be the protagonist phoenix wright. If I were to name a phoenix big band, I would center the name around their desire for justice and something with music. Jammin' Justice? Justice Jazz? Lyrical Law? (You can tell I'm a big fan of identical initials) Anyway, I don't have a copyright on sgm ace attorney cards, so if you absolutely must see a big band phoenix wright, the sgm card maker is all yours to use

(my reasoning to making beowulf as phoenix wright is less complex, I just wanted to make the dogged defense pun and beowulf is the closest character to phoenix in terms of stature and outfit)
Reactions: rexturtle1120

Here’s some I whipped up! Expect a lot more from me now that I know I can just tap the part I want to change not what charecter instead of cycling through each individual color.

“You cannot grasp the true form of my attack!”


SA1: Gain 2 stacks of enrage every 15 seconds, 2 stacks of barrier every 20 seconds and 2 stacks of blessing every 40 seconds. Enrage is removed on hit.


I call this one Eclectic Entity, it’s based off of giygas from the MOTHER series. Or also known as Earthbound.

“there’s a sucker born every minute”

SA2: once per match when valintine is below 25% health and bennifiting from regen, inflict a permanent 5 stack of power surge. Power surge is removed when Valentine is defeated.

I call this one, Out of Clown. This one was randomly generated by the custom fighter maker but I really like it! It’s kinda giving me a clown vibe. Sometimes the best palletes are those original ones. As far as the SA goes, I could see her SA2 really wreaking havoc on rift. You want to kill your opponent with a blockbuster to get more points, but do you really want to killing yourself in the process?

“Every puzzle has an answer”

I’ll call this one Poignant Puzzler I’m surprised it doesn’t already exist, a professor Layton peacock. What more can I say? The professor wears and tophst and so does peacock, I think the colors merge well together. This is probably one of the few palettes I really want that could actually happen. The idea behind her first SA is exposing a hidden weakness, and her second SA is my best attempt at a “puzzle” of sorts where you get different outcomes based on what debuff is inflicted. It’s not a puzzle but hey I tried.
Reactions: Cursed_Blanket, stale cheeto, Ploppersmackle and 2 others
You must log in or register to reply here.
Share:
Facebook Twitter Reddit Pinterest Tumblr WhatsApp Email Share Link
Top Bottom